The movie’s success and notoriety helped launch the career of Jessica Lange, although she reportedly received some negative publicity regarding her debut performance that, according to film reviewer Marshall Fine, “almost destroyed her career”.[16] Although Lange won the Golden Globe for Best Acting Debut in a Motion Picture – Female for Kong, she did not appear in another film for three years and spent that time training intensively in acting.[17]

I don’t know what the fuck they’re talking about, Jessica Lange was hotter than hell in this movie, and played the part of the ditsy blonde actress wanna-be PERFECTLY. 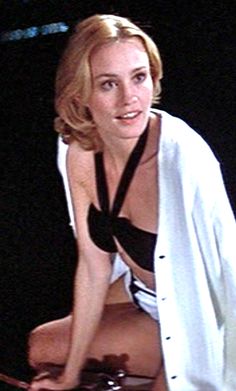 That waterfall scene is sexy as hell.

Eleanor Jean Parker (June 26, 1922 – December 9, 2013) was an American actress who appeared in some 80 movies and television series.[1] An actress of notable versatility, she was called Woman of a Thousand Faces by Doug McClelland, author of a biography of Parker by the same title.

I wasn’t familiar with the beauty with the lovely voice, but I recently saw in her in Scaramouche and Valley of the Kings on TCM and fell quickly under her spell. Although both movies are just passable, she is enough on her own to keep me watching.

Here she is with Janet Leigh, another favorite, though Parker easy eclipses her here.

Can’t find fault with anything here, other than a girl like Anne is gonna have every male in the school after her, so Woody was very “lucky” she wasn’t already engaged for the evening.

No manjaws, no tats, no blue hair, BMIs under 23 and glowing with feminine energy. These photos of Olde America are painful to look at, knowing how much we have lost since then. Idle thought: how much influence does photography have on cultural continuity? Will photographs save America from the fates of other empires? When […]

via Will Old Photos Save America? — Chateau Heartiste

No, old photos won’t save America,  but they can inspire people to save it. Folks, it just doesn’t have to be like this.

Hot damn, that brunette has me all raring to go!

Marc Andreessen gets just about everything wrong in this “debate” with Peter Thiel. Neither of these guys are really to be trusted, but Andreessen really embarrasses himself here.

This video from 2012 is quite instructive. Eric Schmidt admits that the biggest problems facing the American job market are automation and globalization. He then basically states, categorically, that Google is 1000% committed to both these forces. His answer to the problem is ludicrously simplistic, “Education”. Really??? What, exactly, are people supposed to be educated to do if automation and globalization DESTROY the demand for labor in the U.S.?

Google is evil, because the people running Google (and who had started/previously run it) are evil. Frankly, Google being out of ideas is the best possible thing that could happen. Google can’t die fast enough.

Western Civ has a real problem when this guy:

When compared to this, um… entity…

Western Civ is drowning in Pajama Boys who make the work-a-day betas and deltas look like pirates, and truly masculine men look like Conan. Any man today who walks tall and won’t bow down to the Narrative is a friggin’ warlord in the eyes of the jelly-spined  soyboys and feminist she-males, and needs be put down as a rabid animal.