I’m a huge fan of Clint’s, as I think he’s our best living movie-makers, but I don’t know if he can do horror.

When this more appropriate method is used, the results are vastly different from the dominant narrative. Only two of the U.S. News top 10 states, Massachusetts and New Jersey, show up in our top 10 based on the quality of state education.

There are other major changes in the rankings as well, particularly in New England. Maine drops from sixth to 48th; Rhode Island from ninth to 39th; Vermont from fourth to 27th. Going in the other direction, Texas, Georgia, and Florida jump from 33rd, 35th, and 40th to fifth, seventh, and third, respectively. The Northern monopoly on top rankings disappears.

Since many of the states with high expenditures are also more expensive places to live in general, we adjusted the annual per-student spending values by the cost of living to make comparisons more appropriate. We then produced an “efficiency” ranking by dividing each state’s quality measure by (adjusted) per-student expenditures. All of the top five states according to this metric—Florida, Texas, Virginia, Arizona, and Georgia—are right-to-work states in the South and Southwest. They’re getting the most bang for their education buck. The only state from the U.S. News top 10 that makes it into the top 10 for efficiency is Massachusetts, in 10th place.

So, I’m also thankful that we can afford to send our kids to decent private schools. Public schools in our area are some of the worst in the state and Kentucky is only fair-to-middling to begin with.

I am trying to be grateful for all the good that I have in my life, I’m not always successful, but I’m trying.

Happy Thanksgiving and looking forward to a Merry Christmas season.

First heard this piece in The Shawshank Redemption. I’ve started it at my favorite part.

See, I always suspected that all the fat opera women were just lazy. They don’t have to be fat to sing like this.

Men are not widgets, and immigration affects more than just numbers in an abstract spreadsheet.  America is not merely an economic opportunity zone for all comers to profit from.  America is a homeland.  America is a home to a distinct culture and the people that created it or have been assimilated into it.  It is possible that the philosophical bookends of rightist globalism and leftist multiculturalism have squashed the instinct of that people to protect their culture and to claim the right to restrict entry into their home.  But I doubt it.

So, that article was written 18 years ago. Is anything better? Trump was elected but immigration, both legal and illegal continues to erode the ground right out from under us. Even now “caravans” of invaders march towards our borders with no one to stop them. The only thing  is that maybe, maybe more people in the middle have to come to realize that neither the right or the left have anything but enmity for them. 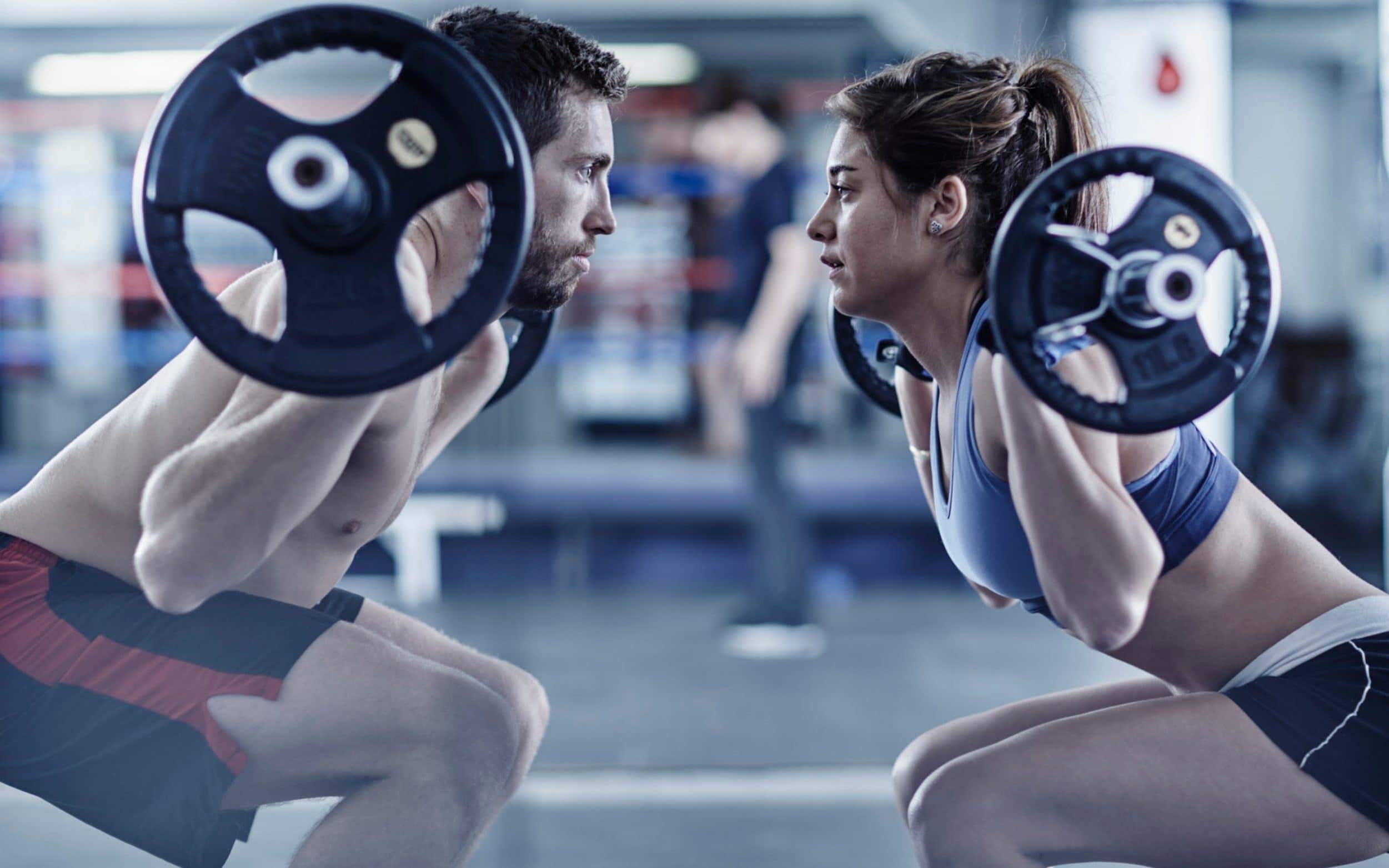 Lifting weights is healthier for the heart than going for a run or a walk, new research has found.

Scientists looking at the health records of more than 4,000 people have concluded that, while both forms of exercise reduce the risk of developing heart disease, static activities such as weight lifting or press-ups have a greater effect than an equivalent amount of dynamic exercise such as running, walking or cycling.

The research challenges commonly held assumption that so-called “cardiovascular” pursuits like running are of greatest benefit to the heart.

However, it backs up previous studies which suggest that heavy static exercise gives the circulatory system a better workout because the oxygen expenditure is more intense.

I stayed with a picture with a girl in it because women need to stop wasting their time on the fricking treadmill or elliptical (still staring at their damn phone) and do some mild- moderate weight training instead. Oh, and now more 1000 kcal lattes stupid.

Here’s a new study that vindicates what entrepreneurial actress Suzanne Somers was saying in her diet books in the 1990s: that starch and sugar are worse than fat. From the NYT:

Adults who cut carbohydrates from their diets and replaced them with fat sharply increased their metabolisms.

It has been a fundamental tenet of nutrition: When it comes to weight loss, all calories are created equal. Regardless of what you eat, the key is to track your calories and burn more than you consume.

But a large new study published on Wednesday in the journal BMJchallenges the conventional wisdom. It found that overweight adults who cut carbohydrates from their diets and replaced them with fat sharply increased their metabolisms. After five months on the diet, their bodies burned roughly 250 calories more per day than people who ate a high-carb, low-fat diet, suggesting that restricting carb intake could help people maintain their weight loss more easily.

The new research is unlikely to end the decades-long debate over the best diet for weight loss. But it provides strong new evidence that all calories are not metabolically alike to the body. And it suggests that the popular advice on weight loss promoted by health authorities — count calories, reduce portion sizes and lower your fat intake — might be outdated.

Me, I’m more of a Priscilla Barnes fan.

A very confused shitlib cartoonist thought this would make America a bad country. Most normal White men look at that and think, “Finally! Paradise!”. ps why are there still migrants trying to get into Angrywhitemenistan if it’s so bad? pps why do shitlibs fear a White America?

via Where Is The Lie? — Chateau Heartiste

How could you possibly enforce the “No” list with out the “Yes” list? This is exactly why the Left wants to take our guns away. Guns impart the ability to say, “No.”

“In my study of communist societies, I came to the conclusion that the purpose of communist propaganda was not to persuade or convince, not to inform, but to humiliate; and therefore, the less it corresponded to reality the better. When people are forced to remain silent when they are being told the most obvious lies, or even worse when they are forced to repeat the lies themselves, they lose once and for all their sense of probity. To assent to obvious lies is…in some small way to become evil oneself. One’s standing to resist anything is thus eroded, and even destroyed. A society of emasculated liars is easy to control. I think if you examine political correctness, it has the same effect and is intended to.”  – Theodore Dalrymple