Maybe put a line on the little one.

…is an area flooded and dried out from too much carbon pollution, you might just be a Warmist The blog of the day is Legal Insurrection, with a post on fact checks on fact checks.

“Giving his decision from the bench, Clay County judge Michael McHaney gave a pithy summation of the new Law of Experts as one could wish. It deserves to be savored:

Before I rule, I’m advising everybody in this room, no public outbursts or displays. The court is still in session until you are told otherwise.

Since the inception of this insanity, the following regulations, rules or consequences have occurred: I won’t get COVID if I get an abortion but I will get COVID if I get a colonoscopy. Selling pot is essential but selling goods and services at a family-owned business is not. Pot wasn’t even legal and pot dispensaries didn’t even exist in this state until five months ago and, in that five months, they have become essential but a family-owned business in existence for five generations is not.

A family of six can pile in their car and drive to Carlyle Lake without contracting COVID but, if they all get in the same boat, they will. We are told that kids rarely contract the virus and sunlight kills it, but summer youth programs, sports programs are cancelled. Four people can drive to the golf course and not get COVID but, if they play in a foursome, they will. If I go to Walmart, I won’t get COVID but, if I go to church, I will. Murderers are released from custody while small business owners are threatened with arrest if they have the audacity to attempt to feed their families.

These are just a few of examples of rules, regulations and consequences that are arbitrary, capricious, and completely devoid of anything even remotely approaching common sense. …

The defendant in this case orders you to stay home and pronounces that, if you leave the state, you are putting people in danger, but his family members traveled to Florida and Wisconsin because he deems such travel essential. One initial rationale why the rules don’t apply to him is that his family farm had animals that needed fed. Try selling that argument to farmers who have had to slaughter their herds because of disruption in the supply chain.

When laws do not apply to those who make them, people are not being governed, they are being ruled. Make no mistake, these executive orders are not laws. They are royal decrees. Illinois citizens are not being governed, they are being ruled. The last time I checked Illinois citizens are also Americans and Americans don’t get ruled. The last time a monarch tried to rule Americans, a shot was fired that was heard around the world. That day led to the birth of a nation consensually governed based upon a document which ensures that on this day in this, any American courtroom tyrannical despotism will always lose and liberty, freedom and the constitution will always win.

We shall await other rulings before we share quite the confidence of Judge McHaney’s last sentence.” – Mark Steyn

Actually, I know what he would say. I have it framed on my wall.

Unless she just walked around the non-visible safety barriers they put up. I have a feeling there were no barriers though.

YouTube is deleting comments that contain two terms Chinese dissidents use to criticize the government, raising concerns about the tech industry’s willingness to censor content to gain favor with the communist regime.

Comments on YouTube videos containing the terms 共匪 (Gòngfěi), meaning “communist bandit,” and 五毛党 (wǔmáodǎng), meaning “fifty-cent party,” are automatically deleted from the site shortly after they are posted. The latter is a derogatory term referring to Chinese internet censors who are allegedly paid 50 cents for every internet post that they erase.

A YouTube spokeswoman acknowledged to the Washington Free Beacon that the website’s algorithm has been deleting any comments containing either of the two terms within seconds of their submission. She blamed “an error in our enforcement mechanism” for the deletions, rather than an effort to stymie criticism of the authoritarian government. The deletions have raised eyebrows among Republican lawmakers, one of whom is calling on the Department of Justice to investigate.

Why does Youtube feel the need to censor any comments that aren’t actually profane or promoting criminal activity?

…is a desert flooded due to extreme weather from carbon pollution, you might just be a Warmist The blog of the day is Don Surber, with a post on the great American comeback.

Bystander: "Including the Cameraman — Half your crew’s not wearing them!”

Best Nelson Muntz, “HA, HA!!!” of the year! The way that twerp reporter just deflates after being exposed as a fraud. Priceless!

Image: Adam Smith Institute Coronavirus! Ho’s “Sex workers” hardest hit! Only in the New Yorker: “The Fragile Existence of Sex Workers During the Pandemic” By late March, most of New York’s strip clubs had shut down—clubs in much of the rest of the country did, too—and, now, like hundreds of thousands of other workers, at […] 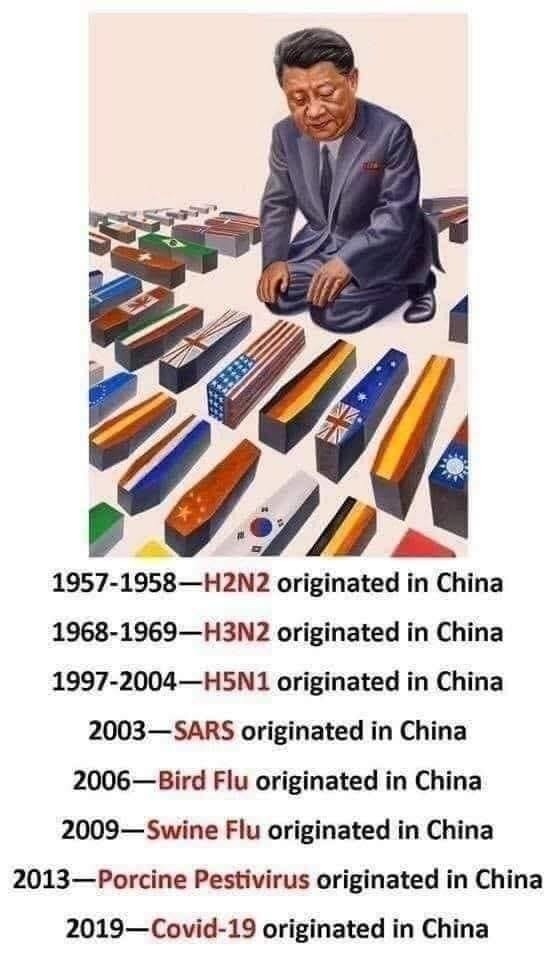